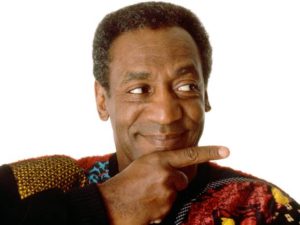 Bill Cosby, a captivating and hilarious TV icon, has been one of the most distinguished and well known television icons in recent history. In 2002, President George W. Bush presented Bill Cosby with the Presidential Medial of Freedom for his depiction of African Americans on national television and his renowned dedication to education.

However, things have changed rapidly for Bill Cosby. In light of sexual assault and rape allegations, his career has been quickly damaged most likely beyond repair. By July 11, 2015, a petition to revoke his Presidential Medal of Freedom had already garnered the support of more than 5,500 people. So, what are the ins and outs of this case? And how are they damaging his career?

Cosby’s first recorded allegation was made by Andrea Constand, who saw Cosby as a mentor from when she was on Temple’s women’s basketball team and he was on the track and field team. In 2004, Constand went to visit Cosby to discuss her career, when he presented her with “herbal” pills that according to him, would ease anxiety. He then proceeded to touch her inappropriately, groping her breasts and groin regions.

Andrea Constand was just the first of many more to come forward. A total of thirty six women, ranging from young aspiring actresses, cafe waitresses to old friends, have publicly accused Bill Cosby of inappropriate sexual behavior and assault. Many recall being handed a glass of wine or a drink or pills that would supposedly help with any problems ranging from menstrual cramps to anxiety. After going blurry, they recall waking up completely naked or wearing cloth that was not their own with Cosby lying next to them or standing over them in a robe. Sometimes, Bill Cosby had disappred, and there was money lying on the table. The immense likeness of the stories is astounding and disturbing.

On July 6, 2015, some of Bill Cosby’s deposition documents from the 2005 lawsuit brought by Constand were released. In his testimony Cosby confirms that after giving Constand quaaludes, he engaged in sexual relations with her. However, Cosby dodges the question whether drugs were given to Constand with or without her knowledge. Additionally, Billy Cosby admitted to offering or providing money to accusers in order to be used for their “education”.

The sheer numbers of women stepping forward with detailed accounts of sexual assault by the renowned TV star is astounding. Most of the alleged events took place long ago and the statute of limitations has passed. However, every allegation contributes to the fast and steady demise of Cosby’s legacy. Recent headlines have motivated many institutions with artwork or memorabilia honoring the famous star to consider removing or actually removing them. Recently Disney removed Cosby’s Statue from their Disney World park and there is strong support from civil rights activists to remove his star on the Hollywood Walk of Fame.