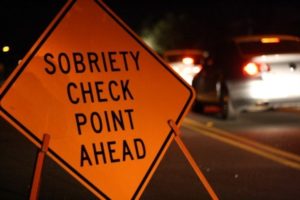 The Memorial Day weekend has seen a rise in fatal accidents in years past so the Highway Patrol was very vigilant in seat belt usage this past weekend. There was an increase in DUI checkpoints as well. The use of checkpoints for DUI is to make citizens more aware of the problems caused by driving under the influence. These checkpoints do have a certain protocol that must be followed to make sure safety of the state’s motorists is maintained.

Since there usually should be a probable cause for a police officer pulling one over, this protocol must be strictly followed in order to be permissible by California and federal law. The supervising officers must be making all procedural decisions; the checkpoint must be reasonably located and observe safety precautions. Roadblocks for this purpose should be advertised in advance and stopping time for motorists should be kept a minimum of time and the time spent going through the checkpoint should show good judgement by the officers.

The seat belt awareness  could  lead to some people being stopped who are returning from a party and could lead to a possible DUI arrest. Not wearing a seatbelt would satisfy the probable cause a police officer needs to stop a driver. With checkpoints and watching for seat belt usage last Memorial Day weekend we may see a higher number of people than usual facing DUI charges.

If you have been stopped recently at a DUI checkpoint and arrested you will be best served by consulting with a California defense attorney. They know all the procedures that should have been followed during the stop that caused this charge in the first place. Other police activity after your arrest may have not properly followed and this can be used by your attorney in your defense to have the charge reduced or removed from your record.

At the Law Offices of Arash Hashemi, we provide clients with passionate and experienced representation. If you have been charged with a DUI or any other crime as a result of a DUI Checkpoint stop and would like to schedule an initial consultation with a lawyer at our firm, contact us by phone at (310) 894-8548 or contact us online. We promptly return phone calls and emails. Our office is conveniently located in the Westside Towers in West Los Angeles, within minutes of Santa Monica, Beverly Hills, and Westwood. We have flexible and weekend office hours, and we will visit you in jail to discuss your case.