How Is Domestic Violence Defined In The State Of California?

California identifies domestic violence as when an individual commits a criminal act within one of the types of relationships specified by the California penal code; spouse or former spouse, cohabitant or former cohabitant in a home, a parent with whom an individual has a child or a partner in a dating relationship. Domestic violence often occurs in tandem with child abuse.

Do You Often See Domestic Violence As Part Of Divorce Matters?

How Serious Are Domestic Violence Allegations Or Charges?

Domestic violence charges are very serious. One can be charged with a misdemeanor or a felony depending on the circumstance. The bail is set according to the bail schedule for each charge. Usually when one is bailed out on the domestic violence charge, they’re prevented from any contact with the alleged victim until the first court date. On that day, a more comprehensive protective order may or may not be issued. Such an order will prevent the defendant from owning a gun and may even prevent them from obtaining employment in the future.

How Long Does A Permanent Protective Order Generally Last?

Usually a protection order lasts from 3 to 5 years. During that time, the alleged victim and/or the defendant can go back to court and ask that the restraining order or the protective order be amended. However, that’s left up to the discretion of the judge and sometimes it is not amended. The victim may also ask the court to renew the protective order prior to it expiring.

Will The Court Automatically Issue An Order Of Protection?

If you ask for a restraining order without an underlying criminal case, the court will issue a temporary order until a hearing is set. At that hearing, the judge will then listen to the issues and will determine if they are going to issue a permanent order, which can last for up to 3 years. If there is an underlying criminal case, meaning somebody is arrested for domestic violence, the alleged victim does not have to ask for a restraining order. The order is issued by the court temporarily, and then once the defendant is convicted or takes a plea deal, then the court will issue a permanent one automatically. So it’s actually two different things; one involves an actual criminal case being brought by the state, and the other is the victim asking for protection. 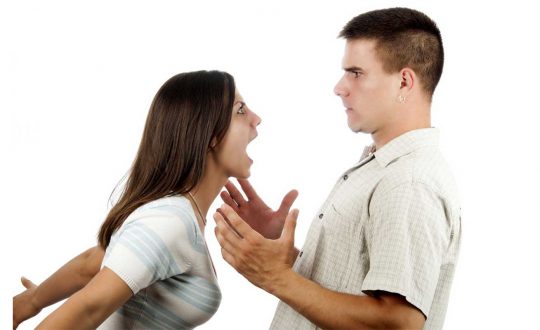 Are People Able To Bond Out And Return Home After Being Charged With Domestic Violence?

If someone is arrested for domestic violence, typically bail will be set according to the schedule. The police usually serve a defendant with a temporary restraining order or protective order. However, you would be surprised how many times people get out and go right back home and speak to their spouse or partner and the victims don’t enforce the order. So technically, there is an order issued that one must stay away from the alleged victim.

How Is A Domestic Violence Offense Classified As Either A Felony Or A Misdemeanor?

There are different factors that determine if a domestic violence charge will be filed as a misdemeanor or a felony. The most common example is spousal battery, which is a misdemeanor, versus corporal injury to a spouse, which is a felony. A person may be charged with corporal injury on a spouse or cohabitant if that person willfully inflicts on his or her spouse, former spouse, cohabitant or former cohabitant or any person who’s the parent of his child resulting in a traumatic condition or injury.

Under California Penal Code, when a person commits battery against a spouse or any of the other people listed in the categories mentioned, that person is charged with the crime of spousal battery. Unlike the crime of corporal injury to a spouse, there is no injury requirement for the misdemeanor. So, even if the person is not injured, you could still be charged with the crime.

For more information on Domestic Violence In California, an initial consultation is your next best step. Get the information and legal answers you are seeking by contacting us online or calling (310) 448-1529 today. Our office is conveniently located in the Westside Towers in Los Angeles, within minutes of Santa Monica, Beverly Hills, Westwood, and steps away from the Expo/Bundy Station. We have flexible hours and weekend appointments, and we will visit you in jail to discuss your case.