How Is Theft Defined In California?

California law defines the crime of theft as the unlawful taking of another’s property. If the property taken is valued at more than nine hundred fifty dollars ($950), then the theft is considered the California crime of grand theft (Penal Code 487). Petty Theft in California is the unlawful taking of property of another valued at nine hundred fifty dollars ($950) or less (Penal Code 484(a) & 488)

What Are The Different Types Of Theft Cases That You Handle?

At the Law Offices of Arash Hashemi we handle all types of theft cases. Some examples are burglary, embezzlement, and theft by fraud, shoplifting, and theft by trick.

Can I Be Charged For Accompanying Someone Who Commits Petty Theft?

Yes, if you are with someone who commits petty theft you may charged as well. The charges can range from a simple petty theft to more serious charges.

Will Someone Still Be Charged If They Return Stolen Property?

Yes, even if the property taken is returned you may still be charged. Most companies have a strict policy of prosecuting those who commit theft on their premises.

What Happens After Someone Is Arrested For Theft?

If only given a citation you must appear in court to answer to the charge. If arrested and taken to jail for booking; you may be released with a promise to appear in court or bail will be set. In order to be released you must post bail or remain in custody until your court appearance.

What Happens At A First Court Appearance For Theft?

At the first court appearance you will officially be notified of the charge(s) filed against you. The police report and other evidence will be made available. An offer is given and usually a plea of not guilty is entered. The court will than set another court date for the case.

What Does The Prosecution Have To Prove In A Theft Case?

The burden of proof in all criminal cases is always on the prosecution, which must prove beyond a reasonable doubt that the person accused is guilty. As far as what exactly has to be proven is based on the specific charges. Each crime has certain elements laid out in the Penal Code, which must be proven individually.

What Are The Potential Penalties For Petty Theft In California?

In California Petty Theft is categorized as a misdemeanor. The maximum penalties for most petty theft convictions in California are a fine of up to one thousand dollars ($1,000), and/or up to six (6) months in county jail. 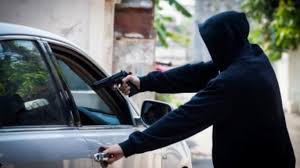 What Is The Impact Of Prior Theft Convictions On A Petty Theft Charge In California?

According to California Penal Code 666 or “Petty Theft with a Prior” if you have been convicted and served time for certain theft crimes, you may face increased penalties for a petty theft conviction. These convictions are: Petty theft, Grand theft, Grand theft auto, Burglary, Carjacking, Robbery, and Felony receiving stolen property.

Are There Any Alternative Programs Available For First Time Theft Offenders?

In some cases alternative sentencing such as diversion is available for first time offenders.

Is There A Way To Keep A Theft Charge Off My Record?

A theft case, even a misdemeanor one, will have a negative effect on your record. Such a conviction is considered a “crime of moral turpitude.” This means the person convicted of such a crime lacks good moral character. This can hurt you when applying for a job and/or you immigration statues.

What Are Some Strategies For Dealing With Theft Charges?

An experienced California criminal defense attorney, may be able to help you beat grand theft charges using certain common legal defenses. In a typical grand theft case, these might include asserting the position that: You did not have the intend to steal, The alleged stolen property actually belonged to you, The person who owned the item consented to you taking it, and/or, You were falsely accused.

Why Is It Necessary To Retain An Attorney For Pleading Guilty To Theft Charges?

An attorney can help assess the consequences of your plea. Most time people plea to a charge without fully understanding how that plea will affect their future prospects for employment, schooling and/or immigration purposes.

For more information on Theft Charges In California, an initial consultation is your next best step. Get the information and legal answers you are seeking by contacting us online or by calling (310) 448-1529 today. Our office is conveniently located in the Westside Towers in Los Angeles, within minutes of Santa Monica, Beverly Hills, Westwood, and steps away from the Expo/Bundy Station. We have flexible hours and weekend appointments, and we will visit you in jail to discuss your case.