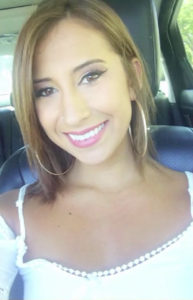 CSUN student Desira Crittenden was killed in a car accident allegedly caused by a driver under the influence. The vehicle she was in was struck while going through an intersection in Northridge, California. The driver of the other vehicle was hospitalized in stable condition and arrested for suspicion of DUI.

A total of five people — three females and two males — were initially said to be injured, some critically, according to a desk officer with LAPD’s Valley Traffic Division. Desiree Crittenden was pronounced dead at the scene a short time later.

Friends of Desira Crittenden left a memorial of flowers and candles at the crash site, while others left heartfelt messages on her Facebook page. Those who knew her described Crittenden as a kind-hearted, intelligent and beautiful woman who had a bright future ahead of her.

At the Law Offices of Arash Hashemi, we provide clients with passionate and experienced representation. If you have been charged with a DUI or any other crime and would like to schedule an initial consultation with a lawyer at our firm, contact us by phone at (310) 448-1529 or contact us online. We promptly return phone calls and emails. Our office is conveniently located in the Westside Towers in West Los Angeles, within minutes of Santa Monica, Beverly Hills, and Westwood. We have flexible and weekend office hours, and we will visit you in jail to discuss your case.