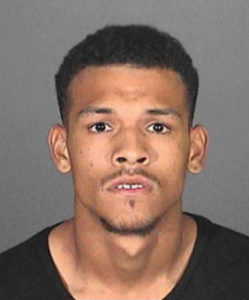 According to a May 13, 2015, CBS local news Los Angeles report local police announced that a suspect has been arrested for a crime committed in Manhattan Beach in November of 2014. A second suspect is still at large and is believed to be connected to another home invasion robbery in Los Angeles.

The two men were connected to the crime committed in November by DNA evidence. It is alleged that the suspect was one of four men who entered the Manhattan Beach home and waited for the occupants to return. Once the occupants came back they were tied up and made to open a safe which had money and guns in it. The suspects have been charged with numerous crimes including burglary, robbery and false imprisonment.

The second suspect who remains at large might be better off turning himself in due to the seriousness of the charges. With his accomplice already in custody chances of continuing to elude the police are slim. These types of crimes are never taken lightly by the authorities especially when weapons are part of the stolen property, making it a serious public safety issue.

Anyone that is involved in a serious crime like this or a misdemeanor should consult with a California defense attorney to see exactly what options are available. For instance the man in custody may be offered a plea deal for information on other crimes committed. Whether innocent or guilty a defendant only has his/her word and the help of a Defense attorney when charged with a crime. The man on the run, suspected of a second break in, may be innocent of that charge and it will be hard to prove this without an experienced attorney as an ally.

At the Law Offices of Arash Hashemi, we provide clients with passionate and experienced representation. If you have been charged with robbery and would like to schedule an initial consultation with a lawyer at our firm, contact us by phone at (310) 894-8548 or contact us online. We promptly return phone calls and emails. Our office is conveniently located in the Westside Towers in West Los Angeles, within minutes of Santa Monica, Beverly Hills, and Westwood. We have flexible and weekend office hours, and we will visit you in jail to discuss your case.