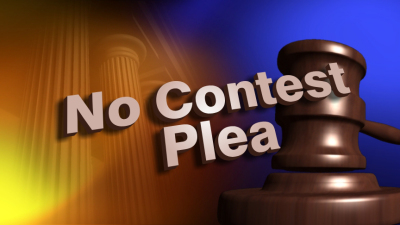 If you have ever seen a TV show or a movie that involves the law, you have probably heard the term “No Contest.” But do you know what it means in legal terms and the implications that come with it?

The term itself comes from the Latin word nolo contendere, which literally means No Contest, and it is only used in criminal proceedings. When a defendant pleads No Contest, he/she is saying to the court: “I am not admitting I am guilty of the charges, but I am not going to fight them.” In a criminal proceeding this is treated just the same as a Guilty plea. Meaning the Court will use the No Contest plea to find the defendant guilty and sentence him/her to a predetermined outcome. This is because prior to the No Contest plea being entered by the defendant, the defense and the prosecution have worked out a deal in the case. This is what some refer to as a “Plea Bargain.” The deal is usually one that guarantees the defendant will get a lighter sentence than what he/she is originally facing in exchange for the No Contest plea.

One must keep in mind that when it comes to No Contest pleas, the rules change from jurisdiction to jurisdiction. For example, some state courts do not accept a No Contest plea without first confirming that there is a Factual Basis for the Plea. Meaning, that certain facts relating to the event are agreed to by all parties before the plea is taken. For example, in the above example the defendant would have to agree to the facts that he/she was operating a vehicle while under the influence and caused damage to the parked car before he/she will be allowed to enter a No Contest plea. In Federal court, before accepting the plea of No Contest the court must consider the views of the defense and the prosecution AND consider the “public interest” before allowing/accepting the No Contest plea.

This is just a basic explanation of what a No Contest plea is. One must remember that each legal issue depends on its particular facts, and different jurisdictions have different laws and regulations. You should not act or rely on this information alone without seeking advice from an attorney licensed to practice law in your jurisdiction.

This Website is for informational purposes only and does not provide legal advice. Please do not act or refrain from acting based on anything you read on this site. Using this site or communication with the Law Offices of Arash Hashemi does not from an attorney/client relationship. This site is legal advertising.
© Copyright 2022, Law Office of Arash Hashemi. All rights reserved.
* Type a keyword then press Enter
%d bloggers like this: