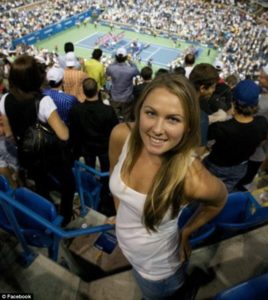 The kidnapping of Denise Huskins has been the subject of local and national news stories and television reports. In what last week seemed to be thought of as a hoax Ms. Huskins was reported taken forcibly from her boyfriend’s home. He spoke to police and FBI agents and they were reported as being skeptical but they did search the area for clues. When she turned up as released without any money exchanging hands the FBI arranged for her to be flown to their Northern California offices for questioning.

She never got on the plane and since then the story has taken what may be a turn in her and her boyfriend’s favor. Her attorney has stated that there was indeed a kidnapping and it has come to light that emails from the alleged kidnappers have been received by The San Francisco Chronicle. These emails show that the kidnapping was a dry run and they felt the accusations of a hoax by Vallejo police angered them. The L.A. Times has reported that one email said the police should apologize by a certain time or they would do some harm. The deadline came and went with no problems according to police.

This group had attached a 19 page letter describing the abduction and even discusses why they chose the $8,500 price for the ransom. Whether they believe the emails to be truthful or another part of the hoax police aren’t saying. They will be required to do their due diligence especially in light of these new developments

Ms. Huskins’ attorney did prove that when you are even suspected of a crime consulting with a California defense attorney does not have to wait until you are arrested. The activities that a California defense attorney can perform for you can be taken up well before a hearing or sentencing happens. If you are in a bad situation and might have legal problems with the police, consultation with experienced attorneys can be the difference in proving your innocence.

At the Law Offices of Arash Hashemi, we provide clients with passionate and experienced representation. If you have been charged with a crime and would like to schedule an initial consultation with a lawyer at our firm, contact us by phone at (310) 894-8548 or contact us online. We promptly return phone calls and emails. Our office is conveniently located in the Westside Towers in West Los Angeles, within minutes of Santa Monica, Beverly Hills, and Westwood. We have flexible and weekend office hours, and we will visit you in jail to discuss your case.