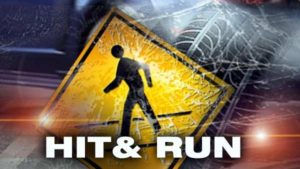 Two different hit and run accidents in the area of University of Southern California have led to rewards being offered for information on either one. The first case, that has seen no new leads lately, involves an accident that took the life of a man after a black sedan hit him while he was crossing the street in a designated crosswalk on March 10, 2015. The second hit and run in the USC area took place on March 16, 2015. The victim this time was an elderly woman who so far has survived but who suffered two broken legs and other serious injuries – according to reports, this victim was also using a crosswalk.

The second driver was in an Infiniti SUV with paper license plates. Unlike the first driver who never slowed down or went back this driver turned around and then sped past the scene and reportedly later ran a red light. Both incidents have been recorded by security cameras. The reward for each incident is $50,000. In light of the recordings and vehicle descriptions and now the rewards authorities are hopeful to find both individuals.

The drivers will be in a lot of trouble if they are ever tracked down and the need for a California Criminal Defense Attorney will be critical in making a case that may minimize their punishment. Each one can help themselves tremendously by going to a defense attorney and arrive at the best plan for their defense. That might include meeting with the attorney and arranging a safe transfer to the authorities. California Courts have shown leniency when the person who is accused of a hit and run surrenders peacefully. Certainly when an arrest comes they will be best served in retaining an experienced defense attorney to explain what needs to be done to get the best outcome for the accused.

At the Law Offices of Arash Hashemi, we provide clients with passionate and experienced representation. If you have been charged with hit and run or any other crime and would like to schedule an initial consultation with a lawyer at our firm, contact us by phone at (310) 894-8548 or contact us online. We promptly return phone calls and emails. Our office is conveniently located in the Westside Towers in West Los Angeles, within minutes of Santa Monica, Beverly Hills, and Westwood. We have flexible and weekend office hours, and we will visit you in jail to discuss your case.