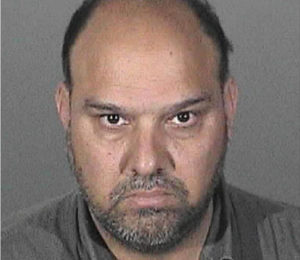 A restaurant owner in Valencia, California was placed into custody by deputies from the Human Trafficking and major crime force divisions of the Sheriff’s department March 24, 2015. Federal officers are also involved in the case that was originally brought to the attention of authorities by the victim’s brother. His brother had sent an email from India to law enforcement describing the victim’s plight.

The authorities say that the restaurant owner allegedly has been making the man work at his business for three years. He was kept away from other people and at times was physically manhandled to keep him in line. He has not been paid during those three years. He was not able to escape from the restaurant while working and he was kept at the owner’s home and driven to and from work so getting away was not even possible during off hours. Other violations could be coming considering the man worked sometimes more than fourteen hours a day.

Of course the hours worked are of little concern to the man who was basically held hostage. A possible kidnapping charge may not be ruled out. At present Mr. Pardeep Kumar is charged with assault with a deadly weapon, involuntary servitude, human trafficking, and mayhem.

Not only is he in trouble with California but there could possibly be other federal charges to be answered for. The restaurant owner will be in need of a California defense attorney to not only present the best defense for him but to possibly investigate any plea bargain options if the case against him is too strong. It is the only way he can hope to have any chance of escaping this situation he has found himself in. Human Trafficking is a very serious charge and the case must be turned over to an experienced defense counsel immediately to make the best of what seems to be a very bad situation for the defendant.

At the Law Offices of Arash Hashemi, we provide clients with passionate and experienced representation. If you have been charged with human trafficking or any other crime and would like to schedule an initial consultation with a lawyer at our firm, contact us by phone at (310) 894-8548 or contact us online. We promptly return phone calls and emails. Our office is conveniently located in the Westside Towers in West Los Angeles, within minutes of Santa Monica, Beverly Hills, and Westwood. We have flexible and weekend office hours, and we will visit you in jail to discuss your case.