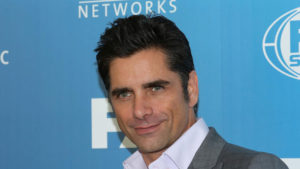 On June 12, 2015, the actor John Stamos was stopped by police and was later transported to the hospital for an unspecified condition according to the LA Times. There were multiple calls made to the police about a possible intoxicated driver in the area around Beverly Hill city hall. When the police pulled Mr. John Stamos over it was believed that he was having a medical problem so he was transported to Cedars Sinai by members of the fire department. While there the police determined that John Stamos was intoxicated. The 51 year old actor was on social media the next day thanking all for their efforts.

This case could be more than an embarrassment for the former star of the popular show Full House. He will certainty need the help of an experienced attorney to help him in his defense. A DUI can carry with it a number of punishments besides losing one’s license. If one has prior convictions for a DUI it could possibly lead to a jail sentence. Increased insurance charges can be added to the fines and other expenses that this charge will bring.

In the state of California a DUI is a serious charge because many people have been hurt in the past and quite a few fatal accidents are the result of driving under the influence. If you have been arrested in California for a DUI you will need an experienced defense attorney to make the best argument for your side of the story. A person should not go it alone even if they feel they can’t fight the charge.

At the Law Offices of Arash Hashemi, we provide clients with passionate and experienced representation. If you have been charged with a DUI or any other crime and would like to schedule an initial consultation with a lawyer at our firm, contact us by phone at (310) 894-8548 or contact us online. We promptly return phone calls and emails. Our office is conveniently located in the Westside Towers in West Los Angeles, within minutes of Santa Monica, Beverly Hills, and Westwood. We have flexible and weekend office hours, and we will visit you in jail to discuss your case.