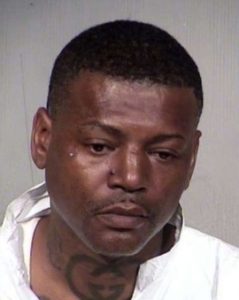 All little girls hope for the protection of a loving father, but sometimes the cost of that protection comes at a huge legal expense, as it has become the case for one Arizona father in August of 2018

While using the restroom, Melvin Harris III’s daughter was harassed by known criminal Leevon Armstrong as he entered into the women’s restroom and violently shook the stall door. The store security guard was notified of the incident and was attempting to investigate the situation under standard protocol.

However, Harris had a different protocol in mind. His paternal instincts kicked in as his daughter pointed out the perpetrator while he was walking out of the store. To add fuel to his already raging fire, Armstrong was the same man who just moments before had asked Harris for spare change, in which Harris generously obliged.

According to witnesses, Harris repeatedly stomped, punched and kicked the victim. Harris has only admitted to punching Armstrong in the face, but denied throwing the first punch. Unfortunately, Harris dealt Armstrong a blow that he would result in fatal head trauma including brain swelling, a nasal fracture, and loss of oxygen.

Harris’s response of rage not only cost Leevon Armstrong his life, but cost Melvin Harris the freedom of life as he knew it. Making sure his daughter is always safe was clearly a top priority, but his passion for her life came at the ultimate price.

Because Harris didn’t deliberately choose to commit murder (there wasn’t expressed or implied malice) nor was the incident happening during the commission of a felony, and no weapon of mass destruction or explosive device was used, it automatically falls under the 2nd degree murder charge.

If this incident occurred in the state of California, and Harris was charged with Penal Code 187, he would face 15 years to life in state prison as penalty for his passion-filled parenting style. However, defenses for his case to reduce charges could include provocation, self-defense, defense of another person, or justification.

If you or someone you know has been falsely charged with murder, contact us 24 hours a day at (310) 448-1529 or contact us online to schedule a consultation. Our office is conveniently located in the Westside Towers in Los Angeles, within minutes of Santa Monica, Beverly Hills, Westwood, and steps away from the Expo/Bundy Station. We have flexible hours and weekend appointments, and we will visit you in jail to discuss your case.