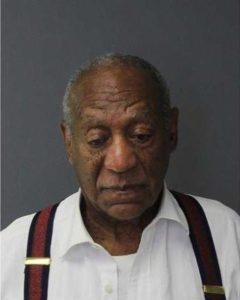 One of America’s most recognized entertainers, Bill Cosby, was sentenced to prison for  3 to 10 years on September 25, 2018. Cosby was accused by 37 women over several years for sexual misconduct, dating back to 1964.

One specific accuser, Andrea Constand, claimed that in 2004, Cosby drugged her with pills, left her incapacitated in his Pennsylvania home, where he proceeded to sexually assault her. Constand went public about the incident a year after it took place but prosecutors did not press charges. A decade later, dozens of women also came forward about being drugged and sexually assaulted by Cosby. However Constand’s was the only case that occurred within the statute of limitations, and it was eventually taken up by a new prosecution team. In September 2018, Cosby was found guilty in Pennsylvania on the three counts of sexual assault brought against him: penetration with lack of consent, penetration while unconscious, and penetration after administering an intoxicant.

If Cosby were to be charged in California rather than Pennsylvania, California’s Penal Code 243.4, AKA “sexual assault” law, would apply. This code section prohibits non-consensual touching of the intimate part of another person for purposes of sexual gratification, arousal, or abuse. This can be charged as either a misdemeanor or a felony.

Felony penalties only apply if the alleged victim was under any of the below circumstances:

Cosby was convicted for felony sexual assault, and sentenced to three to ten years in state prison, along with a $25,000 fine, and a requirement to pay the Pennsylvania commonwealth for the cost of his prosecutions. He was denied bail due to being a flight risk, and will also be registered for his lifetime as a “sexually violent predator.”

Some legal defenses to sexual assault include false allegations, consent, and insufficient evidence.

If you or someone you know has been falsely charged with sexual assault, contact us 24 hours a day at (310) 448-1529 or contact us online to schedule a consultation. Our office is conveniently located in the Westside Towers in Los Angeles, within minutes of Santa Monica, Beverly Hills, Westwood, and steps away from the Expo/Bundy Station. We have flexible hours and weekend appointments, and we will visit you in jail to discuss your case.