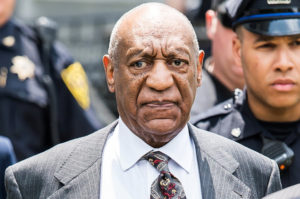 On Monday, June 5, 2017, actor and comedian Bill Cosby began trial for allegations of sexual assault. Andrea Constand, who pressed charges more than a year ago, is accusing Cosby of drugging and assaulting her while in his home in 2004. The trial is taking place in Norristown, Pennsylvania.

Several other women have accused Cosby of the same offense, though Constand’s case is the only one to have brought criminal charges. Cosby is being charged with three counts of felony aggravated indecent assault.

According to Constand, she had confided in Cosby about her job-related anxiety, upon which he offered her three blue pills (quaaludes) that would help “take the edge off”. Within 20-30 minutes after taking the pills, Constand reported she was incoherent and unable to stop Cosby from assaulting her.

Cosby reports that any sexual encounter between the two was consensual and that Constand never said “no”. Constand told her mother a year after he alleged incident, stating that she was too afraid to report it before. Later, Constand sued Cosby, alongside 13 “Jane Does” that also accused Cosby of sexual assault. The case was later settled for an undisclosed amount.

Assistant District Attorney Kristen Feden cited Cosby’s past testimony where he admitted to drugging and having sexual contact with Constand. Yet Cosby’s defense lawyer Brian McGonagle says that Constand’s account to the police is inconsistent. If Cosby is found guilty, the 72-year-old will spend 10 years in prison.

In Pennsylvania, aggravated indecent assault is defined as engaging in penetration against the victim under one or more of these circumstances:

In California, this would be classified as sexual assault, or sexual battery. Sexual battery, pursuant to California Penal Code Section 242, is the unlawful application of force against another person that results in harmful or offensive contact. More specifically, sexual assault occurs when a person touches the intimate part of another person without that person’s consent or against their will.  It is a lesser included offense in “rape,” because intercourse with someone without their consent includes the act of battery. Sexual assault can occur in many different scenarios, for instance:

California law makes this offense punishable by state imprisonment for up to 4 years and a fine not exceeding $10,000.

If you or someone you know has been charged with the crime of sexual assault, contact us 24 hours a day at (310) 448-1529 or visit us online to schedule a consultation. Our office is conveniently located in the Westside Towers in Los Angeles, within minutes of Santa Monica, Beverly Hills, Westwood, and steps away from the Expo/ Bundy Station. We have flexible and weekend office hours, and we will visit you in jail to discuss your case.