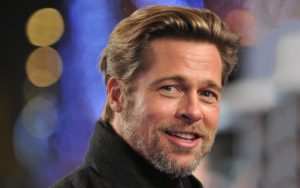 On September 22, 2016, it was reported by TMZ.com that Brad Pitt is being investigated by the Los Angeles County Department of Children and Family Services (“DCFS“) for child abuse. TMZ revealed that Brad Pitt allegedly “got wasted” on a private plane and “went wild, screaming and getting physical with the kids.” Witnesses claimed once the plane landed at an unknown airport around 8 p.m.,  Brad Pitt “continued his rant on the tarmac.” Sourced indicate that an anonymous person reported the incident DCFS.

TMZ went on to say that a source close to Brad Pitt stated, “He takes the matter very seriously and says he did not commit any abuse of his children,” adding, “It’s unfortunate that people involved are continuing to present him in the worst possible light.”

The LAPD or the FBI are not involved in the investigation at this time. However, if DCFS concludes criminal charges need to be filed law enforcement may become involved. Pitt may face charges of child abuse and it could have an affect on the outcome of the “Brangelina” divorce case. Specially when it comes to the child custody and visitation.

If you have been charged with crime and would like to know what is going to happen next download a Free copy of our book. You may also contact us by phone at (310) 448-1529 or contact us online for a consultation. We promptly return phone calls and emails. Our office is conveniently located in the Westside Towers in Los Angeles, within minutes of Santa Monica, Beverly Hills, and Westwood. We have flexible and weekend office hours, and we will visit you in jail to discuss your case.