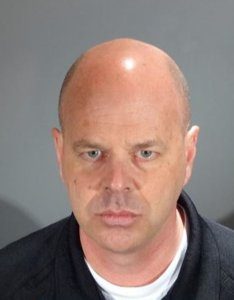 Halloween, a night known for devious tricks and endless treats, also sees a spike of crime. People from all walks of society take advantage of being cloaked as some of the darkest creatures and characters our imaginations can conjure.  It is one of the days of the year where keeping kids safe is the pinnacle of every parent’s priority. However, for the city of Santa Monica, the decades-long dark agenda and sexually charged ‘tricks’ of a local volunteer has the community reeling over the nightmare of an ongoing threat to the safety of their children.

50-year-old Eric Wess Uller has been exposed as the local ‘wolf in sheep’s clothing’ as he kept the façade of safety and security for decades. Since the 1980’s, Eric Wess Uller has served as a Police Activities League volunteer where he spent years mentoring local kids with varying activities ranging from field trips to fitness and academic advancement classes. Not only has Eric Wess Uller been volunteering in the P.A.L. program, but he was also on the city’s payroll working as a public safety systems analyst, giving him the opportunity to be around hundreds of kids over the years. Eric Uller is now accused of befriending, grooming, and then sexually assaulting several young boys ranging between 13 to 14 years of age. As of right now he is charged with 5 counts of sexual crimes against minors. He is currently being charged with 3 counts of PC 288(a), 2 counts of PC 288A(b)(1), and 1 Count of 288.5. His next court date is on November 5, 2018, in Dept. W30 of Airport court.

Most likely additional charges are to follow as the horror keeps unfolding and 6 additional victims have come forward. Meanwhile the Sheriff’s Department continues its investigation to find of more victims.

*** UPDATE *** – Eric Uller was found dead on the morning of November 15, 2018, in his apartment in what officials are saying is a possible suicide.