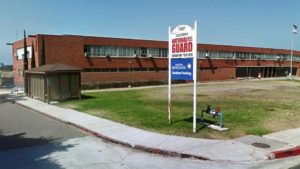 On April 15, 2015, Federal Agents arrested two men who work at the La Mesa Armory on suspicion of selling weapons and ammunition according to a story in Los Angeles Times. The men charged were said to have sold the weapons to an agent posing as a member of a Mexican drug cartel. Jaime Casillas and Andrew Reyes had even worn their uniforms on at least one occasion when they sold the stolen merchandise. They will be held in San Diego to await trial.

They sold body armor to the agent along with 16,000 rounds of ammunition. Overall they are charged with being involved in seven separate transactions like this including the sale of four U.S. Army style assault rifles and a Soviet AK 47. One of the men traveled to Texas to purchase a weapon later sold to the federal agent so he will be charged with a transportation offense as well. Currently the charges involve selling firearms without a license, but there could be more to come especially since Mr. Reyes, according to the story filed, is a Mexican National possibly in the reserves to help him attain citizenship.

Any story involving members of the military involved in any kind of criminal enterprise is disappointing and hard for anyone to justify. The chance that these men will be tried quickly could be welcome but the court system whether federal or local will still allow these men to offer their side of the story. An experienced California defense attorney will have to be hired to analyze the case and design the best possible defense according to the facts and achieve the best result for the accused. Anyone charged with a crime needs one of these professionals on their side to help them attain the best possible outcome to their trial.

At the Law Offices of Arash Hashemi, we provide clients with passionate and experienced representation. If you have been charged with sale of ammunition or any other crime and would like to schedule an initial consultation with a lawyer at our firm, contact us by phone at (310) 894-8548 or contact us online. We promptly return phone calls and emails. Our office is conveniently located in the Westside Towers in West Los Angeles, within minutes of Santa Monica, Beverly Hills, and Westwood. We have flexible and weekend office hours, and we will visit you in jail to discuss your case.