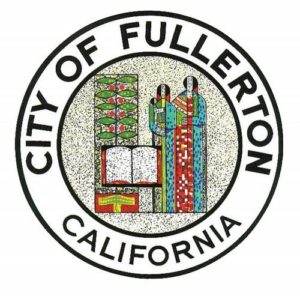 Every time “Election Day” nears, the races for political and public offices start to heat up. The bombardment of vicious ads exposing scandals, failures, and personal agendas to sway electors become intensified as single votes will determine the fate of divided communities.

Often times the ads are dramatic and exaggerated, but for the City of Fullerton, California, a serious scandal might sway local constituents during the 2018 Mayoral race. Healthy competition is a great way for the political arena from getting too monotonous, but for one candidate’s wife, a little too much competition has landed her in some serious legal trouble.

Tony Bushala paid over $1,000 for political yard signs to promote his bid for mayor. He personally put up 180 signs around Fullerton neighborhoods in hopes of swaying the local community against incumbent Mayor Doug Chaffee. However, just 3 days later, Bushala found all of his signs were gone.

Suspicious of thieves undermining his efforts, Bushala called upon some of the businesses and homes equipped with security cameras to get to the bottom of the loss. To his surprise, a prominent woman whom he had met serval times before at City Council meetings was at the center of this spiteful crime. Paulette Marshall Chaffee, the wife of his rival, was clearly seen removing signs.

What was meant to give her husband a competitive edge has undoubtedly cast a shadow on Chaffe’s Mayoral re-election campaign. Paulette, who was running for City Counsel in Fullerton, has also suspended her campaign as a result of the video footage.

If you or someone you know has been accused of grand theft, contact us 24 hours a day at (310) 448-1529 or contact us online to schedule a consultation. Our office is conveniently located in the Westside Towers in Los Angeles, within minutes of Santa Monica, Beverly Hills, Westwood, and steps away from the Expo/Bundy Station. We have flexible hours and weekend appointments, and we will visit you in jail to discuss your case.