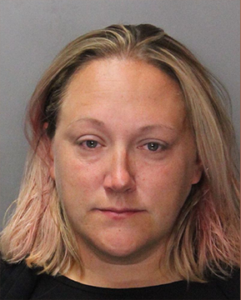 On November 1, 2018, Jennifer Haymart, 39, appeared in a Sacramento, CA courtroom court. After a month-long investigation, she was accused of five felony charges, including suspicion of embezzlement, grand theft and forgery.

Haymart was accused of embezzling more than $138,000 form two organizations: the Sacramento Deterding Elementary School Parent Teacher Organization (PTO), which she took around $85,000 from, and the Carmichael Little League Baseball Club, from which she took around $52,000. Haymart was the treasurer of both the PTO and the Little League Club. She forged “legitimate statements” to try and cover her tracks, the Sheriff’s Department said. Haymart is being held at the Sacramento County Jail on $125,000 bail.

Embezzlement, under the California Penal Code,  is the fraudulent appropriation of property that:

One can be charged with embezzlement even if they did not intend to permanently keep the property in question, but only intended to “borrow” it.

Punishment for embezzlement under California law depends on the value and type of property stolen or borrowed; it can either be a form of California petty theft or California grand theft.

The crime is a petty theft if the property is:

California petty theft is punishable by:

The crime is a grand theft if the property is either:

A grand theft crime is a “wobbler” under California law, which means that it may be charged as either a misdemeanor or felony depending on circumstances of the case and the defendant’s criminal history, and these result in different penalties:

In Haymart’s case, she will likely be charged with California grand theft, but the decision between whether her wobbler crime is a felony or misdemeanor grand theft will have to be decided by the prosecuting agency (District attorney) to determine the harshness of her penalties she may be facing.

Haymart is also likely to face a sentence enhancement, which incurs another year due to the property being valued at more than $65,000.

Some common legal defenses to Penal Code 503 PC embezzlement include:

If you or someone you know has been falsely charged with embezzlement, call us 24 hours a day at (310) 448-1529 or contact us online to schedule a consultation. Our office is conveniently located in the Westside Towers in Los Angeles, within minutes of Santa Monica, Beverly Hills, Westwood, and steps away from the Expo/Bundy Station. We have flexible hours and weekend appointments, and we will visit you in jail to discuss your case.