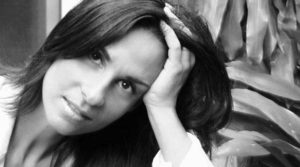 Reality TV star Loredana Nesci was found dead in her Redondo Beach, California home on July 22, 2015. She was known as the cop turned lawyer on SundanceTV’s Loredana, Esq. It is alleged that the 47 year old star had an argument with her boyfriend Robert Reagan the night before. At 7:20am on the 22nd the police received an anonymous call stating that something bad happened and that the police need to come to the house immediately. The caller was later identified as Robert Reagan.

Although the autopsy results were not available, forensics evidence pointed to the fact that Loredana Nesci died from stab wounds. Loredana Nesci and Robert Reagan’s son was not at the home when the incident happened.

Nesci was born in Connecticut and joined the LAPD in 1996. Nesci rose to fame with the March 2014,  debut of the show Loredana, Esq. The show aired for six episodes, and it followed the ventures of the former LAPD officer as she tried to navigate the criminal justice system and find the answers to numerous burning questions that people had. Aside from being a legal crusader, she also cultivated a law practice that focused on defending regular people, especially those people that made bad choices and which still were able to find a better path in life.

According to some of the neighbors, the couple did argue often. No one knows what happened on that particular night, but one thing is certain, the beloved reality star passed away in a brutal manner, and many things point towards her boyfriend as being the responsible party.

A few days after the incident, Robert Reagan was charged with murder. It is alleged that he stabbed Nesci multiple times until the reality star passed away.

Based on a press release from the Los Angeles Countey District Attorney’s office, Robert Reagan faces one count of murder with a knife-use allegation. He is being held on more than $1 million bail and he is facing a punishment of 26 years to life in state prison if convicted of murdering Lordana Nesci. His attorney has stated that Mr. Reagen acted in self-defense.

At the Law Offices of Arash Hashemi, we provide clients with passionate and experienced representation. If you have been charged with murder or any other crime and would like to schedule an initial consultation with a lawyer at our firm, contact us by phone at (310) 448-1529 or contact us online. We promptly return phone calls and emails. Our office is conveniently located in the Westside Towers in West Los Angeles, within minutes of Santa Monica, Beverly Hills, and Westwood. We have flexible and weekend office hours, and we will visit you in jail to discuss your case.