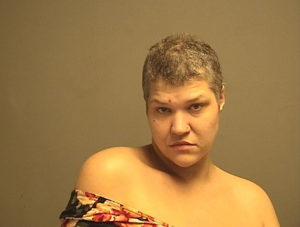 Crystal D. Hotlosz, 36, was accused of prostitution and arrested for advertising her services on Backpage.com. According to a Beaver Township Police Department  report Crystal told an undercover police officer she would provide a sex act for $60 and nachos.

Beaver Township police said the suspect met the officer in a Los Gallos Mexican Restaurant parking lot in the area on November 14, 2016. After telling the officer what she was willing to do, she asked for the money and nachos.

It was also reported that Crystal was apparently very adamant about getting the nachos, asking the officer at least four times for them. She was arrested on suspicion of solicitation and taken to the Mahoning County Jail for booking. A man who had driven Crystal to the parking lot of Los Gallos Mexican Restaurant was also taken into custody.

If you have been charged with solicitation and/or prostitution you can contact us by phone at (310) 448-1529 or contact us online for a consultation. We promptly return phone calls and emails. Our office is conveniently located in the Westside Towers in Los Angeles, within minutes of Santa Monica, Beverly Hills, and Westwood. We have flexible and weekend office hours, and we will visit you in jail to discuss your case.